Welcome to our new look website! I’ve been buried in CSS Style sheets and the WordPress system for a couple of days now and have finally reached the point I feel relatively happy putting the new template live. Having had our previous layout for a whole year, we decided it was time for a change.

The intention was to make the site look a little more professional whilst keeping a clean & uncluttered look, and at the same time keep one eye on improving its search engine positioning.

We hope the new website will stand us in good stead to publish lots of new photos, podcasts, videos etc on our impending trip to Latin America.

The first thing you need when setting up a website is actually a name. Ideally, the name should cover the content of the website so that it gives the reader an idea what the website is all about. Thomas and I had the idea of starting a website focusing on a healthy lifestyle in a healthy world….in short about fair trade, healthy products, and healthy activities for the body and the mind.

This doesn’t mean that we never have a drink and always drive on a push bike. It means that the lifestyle that we live is somewhat alternative (off the beaten stressful life most people our age live), and we try to care and consider for people and animals in all our doings and for the earth.

So in inventing a website name we thought about a name including something about fair trade such as tradejustice.com or goodtrade.com but decided that in terms of shifts in the paradigms used globally it will be a bad idea to include the name “fair trade”.

As an example I can give “development”- it used to be a word with many positive connotations -namely a kind of saving the “3. world”. Today it is considered by many as a term covering the industralized countries attempt to colonize (once again) and control the developing countries. So much for picking a popular term – be aware of that.

So instead Thomas and I both searched for names containing the word “earth”, ecology, health, organic etc. Thomas came up with the name econate but when I proposed the name Earthoria he agreed to it. I like the name because it is earth and euphoria combined.

The second thing you need when setting up a website is a good logo. A good logo can be anything you chose to represent your idea, company or organization. Since this website is the idea and passion of both Thomas and I, we both searched the web for suitable images that Thomas could generate into a logo using Adobe Illustrator.

I searched on Google for “images, earth, healthy life” and after surfing for 4 hours, had accumulated a small pile of images and drawn them in my little notebook. I also printed them out to color them with red (because I was determined to have a red logo) so that Thomas could see what I had in mind. I loved one image in particular. It was a photo of a crop field…a sign that a UFO had landed. I printed it out and coloured the middle part in red. It looked amazing.

When I showed Thomas all the drawings he immediately fell in love with the “crop-logo” and drew it on Illustrator in 10 minutes. We were both really happy. 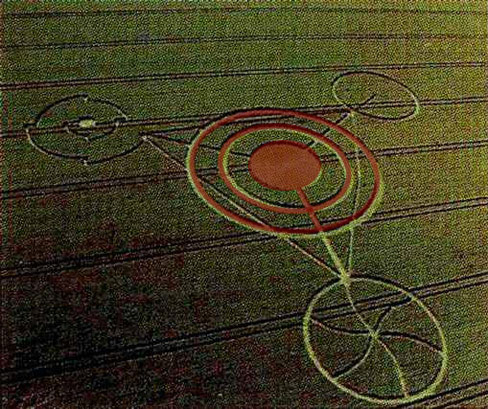