Thanks to some wonderfully sunny July weather in England, Tina and I ventured out for a walk by the river at Port Meadow in Oxford – a large area of common land to the north and west of Oxford, England. 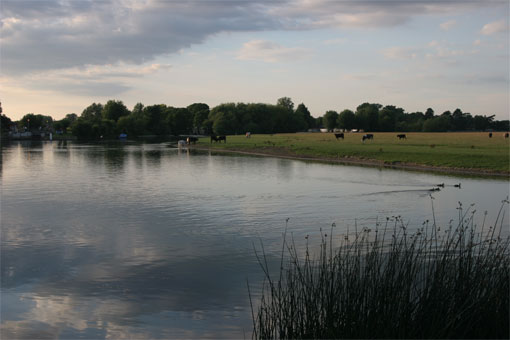 The meadow is an ancient area of grazing land, still used for horses and cattle, and has never been ploughed. In return for helping to defend the kingdom against Tina’s marauding Danish ancestors, the Freemen of Oxford were given the pasture next to the Thames by King Alfred who founded the City in the 10th Century. The Freemen’s collective right to graze their animals free of charge was recorded in the Domesday Book in 1086 and has been exercised ever since.

It’s a great spot to go for a walk or just sit by the river and watch the boats cruising past to the soundtrack of cackling geese.