I decided to write a small blog on colonic irrigation/ hydrotherapy. For years I have suffered from constipation and have been drinking herb teas, drinking lots of water and eating fiber and I still feel constipated from time to time. So after having been recommended to try colonic irrigation by an acquaintance of mine (who has done it 10 times and was very happy with the result) and reading lots about the topic on the internet I decided to try it out. 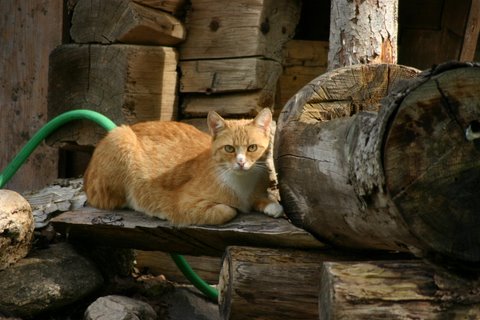 For those of you who are not aware what exactly the term covers – here goes: Colonic irrigation is the process of flushing large amounts of warm water into the intestinal tract, reaching the upper portions of the bowel. Basically you are cleansing the colon by passing several gallons of water through it with the use of special equipment. It is similar to an enema but treats the whole colon, not just the lower bowel. This has the effect of flushing out impacted fecal matter, toxins, mucous, and even parasites that often build up over the passage of time.

As you have probably already guessed the procedure it done by inserting a speculum the size of about 1 centimeter in diameter and 15 cm long in the bum much bigger than I had expected. Now I have often done coffee enemas myself at home in the bathtub but believe me – a coffee enema involves a thin tube whereas the colonic irrigation involves a much bigger instrument inserted in your rectum.

At first I entered the room which was serviced by two Thai women working at The Chiang Mai Ayurvedic Center (http://www.detox-chiangmai.com/). They asked me to go to the bathroom and take off all my clothes and wrap a piece of material around me. After this I was instructed to lie on a bed in the middle of the room on my side. The end of the bed was standing up against the colonic irrigation machine. During colonic irrigation, a speculum is passed into the bowel through the rectum. This is attached to a tube, which leads to the colonic machine that pumps temperature-controlled water into the colon at a controlled rate (they basically asked me when it was uncomfortable for me). It is important that the right amount of water is used, as too much will cause discomfort and too little will be ineffective. The temperature should ideally be body temperature but I think it was a bit warmer than that.

The amount of water in the intestine will wary from person to person. Most people can hold between two and six liters at any one time. The amount you can hold is also determined by your psychological state so to speak. Getting lots of water sprayed into your intestines makes you feel like going to the toilet and you may not like lying on a bed surrounded by strangers feeling like you are going to empty your bowel all over the place ïŠ. The girls at the clinic told me that many people only like to have a little water sprayed in every time. This means that the process will be repeated many more times.

Filling the intestines with water generates peristaltic movement and you begin to expel the water along with fecal matter back through the tube and into the machine. The fecal matter is flushed out through a viewing tube, so that what is eliminated may be monitored. Quite often, unsuspected parasites are expelled, along with very old fecal material, very dark in color, which may have been in the colon for years.

During the treatment, one girl was holding the speculum in its place in my rectum and monitoring whatever was coming out with comments like "ohhh I think you have eaten mushroom" and "that must be passion fruit seeds" and the other girl was massaging my stomach to help dislodge impacted fecal matter. Unfortunately for me hardly anything came out and the girl who was first holding the speculum seemed to be assuming that the other one massaging me was not doing a proper job- so she took over. They were both giving me what can only be characterized as a hard massage and I didn’t feel comfortable at all to be honest.

After one hour of having water pumped in and water massaged out I was allowed to go and use the washroom. I went to the toilet and washed myself. After that I went back to the bed to have oil injected into the rectum. They told me that the oil would kill any worms etc. But as you can imagine it is not possible to retain oil inside of you- so it all went into the toiletïŠ.

Once I had dressed they served me a green drink and another hot drink with was suppose to generate healthy bacteria. I paid 1200 Baht (the equivalent of 38 $) and left.

On websites and at clinics advocating for colonic irrigation it is emphasized that Anyone suffering from gas, bloating, cramping pains, acne and other skin complaints, arthritis, and a list of bowel complaints such as irritable bowel etc., may benefit from colonic irrigation. Removing toxic matter is suppose to relieve you and can lead to the alleviation of symptoms such as arthritis, chronic fatigue syndrome, candidacies, and a host of other illnesses.

Some allopathic practitioners claim that colonic irrigation flushes out essential electrolytes and friendly bacteria from the bowel and that it can be dangerous. Practitioners counter that this can easily be remedied with the use of probiotics and that in any case, these possible disadvantages are easily offset by the benefits of having large amounts of putrefying matter, harmful organisms, and parasites removed from the system.

Now I had expected to feel immense relief but instead I had pain in my stomach and the pain continued the next day and I was constipated and had no bowel movement at all. But I had already paid for 3 treatments in advance and therefore I wrote to the clinic and asked them for advice. They responded very kindly and told me that I could get the money back that I had paid in advance or try to see if I felt better after another session. I chose the first option. I try as much as possible to listen to my body and due to the fact that my body reacted with pain, I decided not to do it again (for now).

I might try colonic irrigation later in life but momentarily I think I will stick to self-administered coffee enemas and raw food which so far has kept me happy.