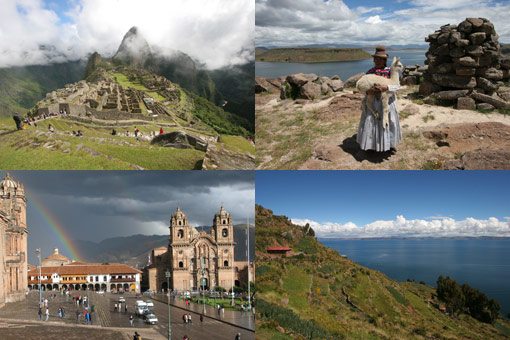 This a just a 3 minute compilation of short video clips I made in and around Arequipa, Peru. It’s by no means a masterpiece, it’s simply intended to give you a quick overview of Arequipa.

This clip features: Miners’ protest march in Plaza de Armas, another clip from the main square, some panoramics of the city showing El Misti volcano, Arequipa market (including the Police warning my mother about pickpockets!), and the last couple of scenes are from the Santa Catalina convent.

The Nazca lines are a series of mysterious 2000 year-old drawings cut into the the stony floor of the Nazca desert in Southern Peru. There are many hundreds of them, and they include animal figures, people, an astronaut and various geometric shapes and lines.

There are many theories as to their origin, some of which include: religious iconography, guidance for flying/tripping shamans, race tracks, irrigation channels, art for ancient hot air balloonists, and that they were part of a giant alien landing site – this theory is obviously supported by the presence of a 2000 year old astronaut figure.

Due to their size, they are best viewed from the air in a small plane – half hour flights go from Nazca airport and cost $55 include airport tax.

This short video was made on a slightly terrifying flight over Nazca. As it may be hard to see some of the figures in the video, you may want to have a look at the accompanying photos.

More Photos of Nazca lines
Podcast from Southern Peru
Wikipedia on the Nazca Lines
Note: If in this video it is hard to see the Nazca lines, you could try the version in our YouTube account directly as it is larger.