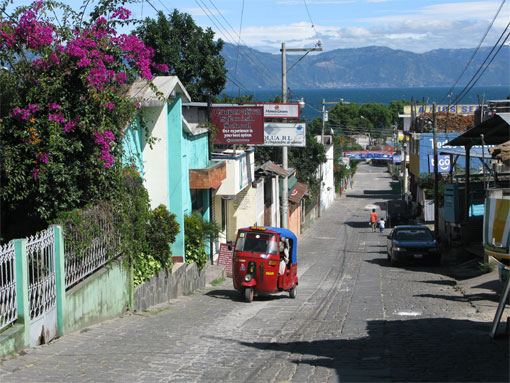 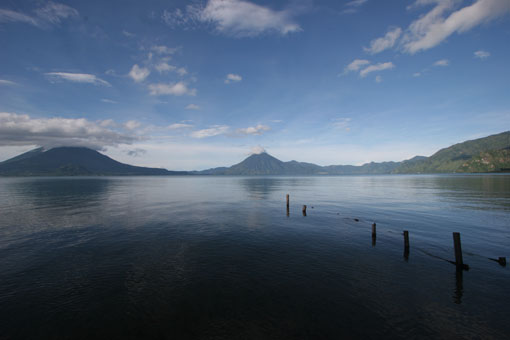 All we seem to do nowadays is study, study, study. We’re in week four of our Spanish studies at The Co-operative of Guatemalan Spanish Teachers and the weeks are flying past.

Most weekends the school lays on some kind of event or excursion, and this Saturday morning we got up far too early to climb the Indian’s nose – a mountain overlooking Lake Atitlan. After about an hour and a half of lung busting climbing, we reached the summit and were treated to this spectacular view. 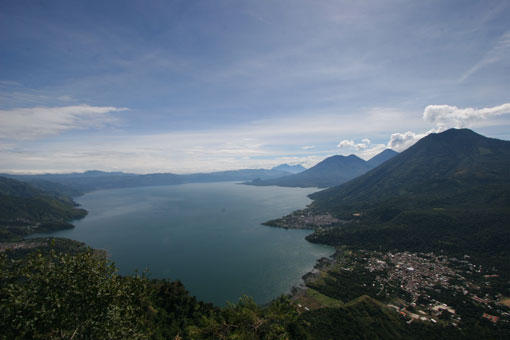 We’re now into week four of our Spanish studies at The Co-operative of Guatemalan Spanish Teachers in San Pedro, Guatemala, and the Spanish is noticeably improving. 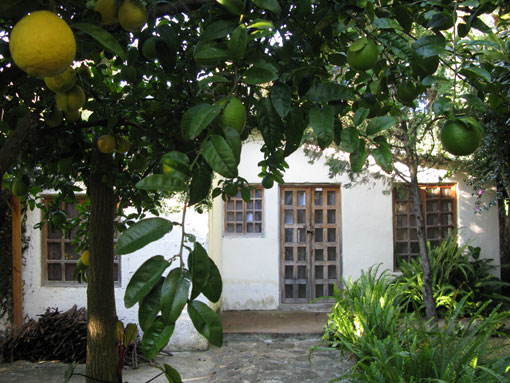 Having spent two very interesting weeks with Jose, Maria & two year-old Felix as part of our homestay with a Guatemalan family, we both decided that our studies would benefit from a bit of ‘space’ for a couple of weeks. Although we’d thoroughly recommend the homestay experience to anyone learning Spanish in Guatemala, you are living with a family & depending on various factors such as the size of the family’s house, number & age of the children, and their TV watching habits etc. you may find that from time to time it can prove a challenge studying.

What you may lose in terms of privacy however, is more than made up for with the extra Spanish conversation practice the family provides, and of course what you learn about Guatemalan life.

Luckily for us, nearing the end of our homestay early last week, Tina was walking past one of the backstreet restaurants near the Cooperative School, and having struck up a conversation with the manager was offered a house rental. We went to see the house, and couldn’t really believe it – a house with a beautiful garden right on the shore of Lake Atitlan (see photo above). We accepted right away and moved into our new house two days later.

Costs of studying Spanish in Guatemala

Accommodation costs: Guesthouses range from $4 a night, for a basic room with a private hot shower, up to about $20 a night for something much fancier.

Study costs: About $90 a week for 20 hours one-on-one Spanish language tuition (a significant proportion of this is used to help out particularly poor local families that the Cooperative school works with).

Homestay costs: About $60 a week for accommodation, with 3 meals a day provided 6 days a week (on Sundays students eat out).

House costs: A bit less than the homestay with two meals a day in the manager’s restaurant thrown in. We’re not sure how this compares with other houses in the area, but imagine that if you’re staying here longer term you should be able to find something comparable.

This week Tina and I have moved in with a Guatemalan family as part of a homestay arranged by the school we’re studying at – The Co-operative of Guatemalan Spanish Teachers. You can listen to the podcast we made below:

In this podcast, we discuss what it’s like to live with a family here, along with how our Spanish studies have been going moving into their second week. We finish the podcast with a trip to the colourful Sunday market at Chichicastenango – two hours from San Pedro. 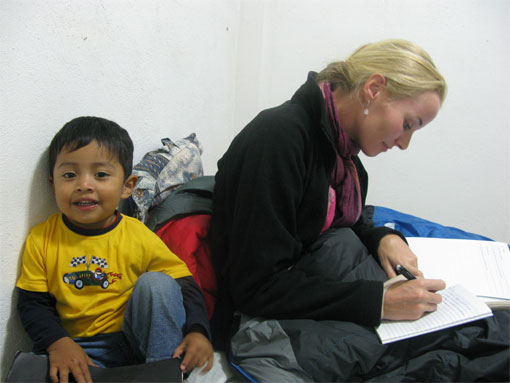 You can also view the accompanying photos of Chichicastenango, Guatemala here.