Patagonia is the southern region of South America. Located in Argentina and Chile, it comprises the southernmost portion of the Andes mountains to the west and south, and plateaux and low plains to the east. It is a spectacular place. I visited there in May and unfortunately it was impossible to travel further south for me due to the cold (winter time).

So I spent four days at the "top" of Patagonia – San Carlos de Bariloche, usually known as Bariloche. The city is situated at the foothills of the Andes, surrounded by lakes (Nahuel Huapi, GutiÃ©rrez Lake, Moreno Lake and Mascardi Lake) and mountains (Tronador, Cerro Catedral, Cerro López). It is famous for skiing but also known for sight-seeing, water sports, trekking and climbing.

Bariloche is also famous for its chocolate – but I spent most of my time there eating the famous and delicious Argentinian Dulce de leche. Dulce de leche is similar to caramel and made by adding sugar to milk and cooking it, is used on nearly all desserts, including facturas (pastries eaten for breakfast or tea) and alfajores (traditional cookies that consist of tiny biscuits stuck together), and many other Argentine desserts. I love it 🙂 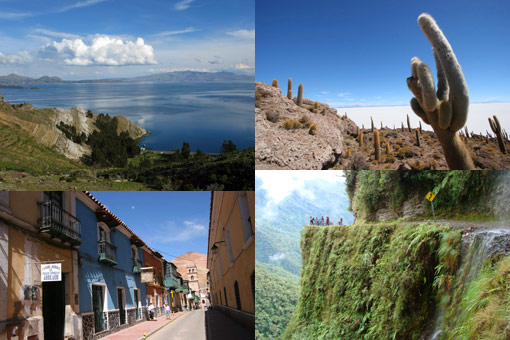 The small town of Chivay, gateway to the Colca Canyon, lies four hours to the north of Arequipa at an altitude of 3,600 metres. The Colca canyon is deep – twice as deep as the Grand Canyon and the second deepest canyon in the world at a depth of 3,191 metres, or about two miles!

We arrived in Chivay, and immediately found ourselves short of breath due to the altitude – 300 or so metres higher than Cusco. I developed a throbbing headache and my mother (whom I am travelling with for a few weeks) briefly needed bottled Oxygen. It was worth the pain as the Colca Canyon is without doubt one of the most beautiful places I have ever seen – surrounded by snow capped 6,000 metres Andean peaks, it is surely one of the natural wonders of the world. The sight of Condors soaring over the Canyon from Cruz del Condor is something I will never forget.

Photos of the Colca Canyon and Condors

Note: For the record buffs amongst you, the deepest canyon in the world is the Cotahuasi Canyon in Peru, 163 metres deeper than the Colca Canyon with a depth of 3,354 metres. 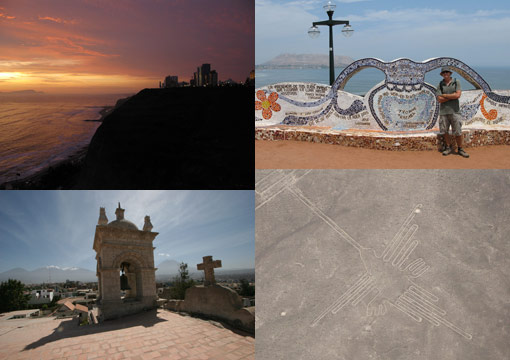