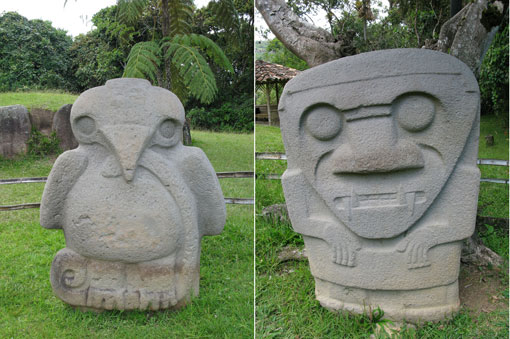 Our first glimpses of the Gran Sabana in Venezuela were through the night bus window, shortly after a dawn army checkpoint woke us near Santa Elena de Uairén on the Brazilian border – the only town in the Gran Sabana. We woke up and gazed in awe at the rolling countryside, topped with the famous & striking ‘Tepuis’ (table mountains).

Some of you may have heard of Sir Arthur Conan Doyle’s book, The Lost World (also made into a film) which described an expedition to a mysterious table top mountain in South America where dinosaurs & ape men still roamed. It is thought that The Lost World was based on the most famous of all Tepuis, Roraima – pictured above towards the right of the photo at the back.

As the tops of the Tepuis are more than two billion years old, and have been isolated from the surrounding savannah for much of this time, various flora and fauna have evolved independently upon their summits. There are more than 2000 plant species and various animals & insects unique to these specific mountains.

It is possible to organise a fairly strenuous 5-6 day trek to the top of Roraima, which is best arranged in Santa Elena de Uairén, although we have heard varying reports as to how worthwhile these are. It is not unheard of to climb the mountain, get rained on, and not see very much at all (thanks to the near permanent cloud cover). It’s also fairly common to get savaged by aggressive but almost invisible Puri Puri flies. You pay about $450 for this experience.

Suffice it to say that we decided to cruise around the Gran Sabana on a one day tour only. We went with a very knowledgeable and friendly local guide called Santiago, whom we organised through Roberto’s Mystic Tours (Roberto also specializes in local UFO sightings). We’d highly recommend Santiago, but the tour is in Spanish only. Oh, and we also go savaged by aggressive but almost invisible Puri Puri flies despite using ridiculous quantities of repellent.

Blenheim palace, the birth place of Sir Winston Churchill is situation about 8 miles North-West of Oxford. It’s a beautiful place for a walk or picnic, especially in Autumn when the trees in the park turn spectacular shades of red and orange and cast fiery reflections into the landscaped lakes. 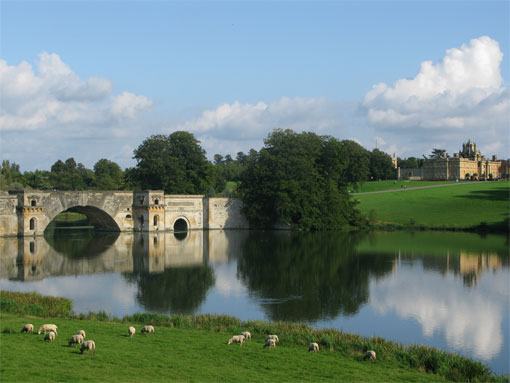 The palace itself (top right in the photo above) is one of England’s largest houses, and was built between 1705 and 1724 as a gift to John Churchill, the 1st Duke of Marlborough, from a grateful nation in return for military triumph against the French and Bavarians. It was recognised as a UNESCO World Heritage Site in 1987.

The grounds were landscaped by Capability Brown, a famous landscape architect sometimes referred to as “England’s greatest gardener”. It’s not hard to see why.

This weekend, we completed a 700KM round trip from Chiang Mai via Ob Luang National Park, to Mae Sariang and onto Khun Yuam and the Doi Mae U-Kho sunflower fields in Northern Thailand. We made this podcast along the way, and Tina will soon also be uploading a video she made of the trip…if flowers and blue skies put a smile on your face, you’d better head there quickly as this magnificent spectacle only lasts until early December. 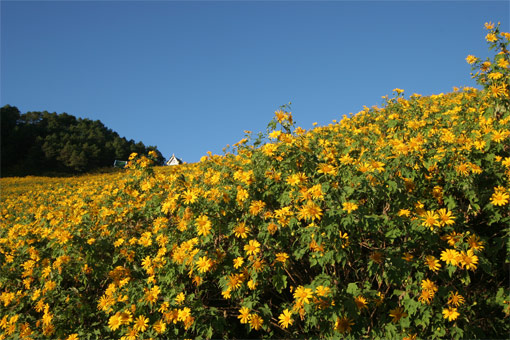 Map showing the sunflower fields in relation to Chiang Mai