From tomorrow, free time will be a thing of the past for a month. Why? Because I begin the CELTA course with ECC in Chiang Mai. I will be released back into civilisation (all things going well) around the 4th April. [You can now listen to our audio diary of doing the CELTA in Chiang Mai in our Podcast here.] 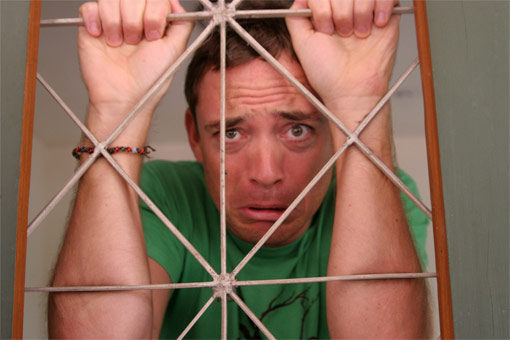 CELTA (Certificate in English Language Teaching to Adults) is one type of Teaching English as a Foreign Language (TEFL) course. CELTA courses are validated and the certificates are issued by the University of Cambridge Local Examinations Syndicate (UCLES) in the UK. From my research, the CELTA qualification seems to carry a little bit more weight internationally than the other available TEFL courses.

For many years I have looked into doing the CELTA, but have never progressed much further than that. I have finally signed one month of my life away and I’m quite looking forwards to the challenge!

CELTA is well known for its intensity. The Guardian Education website doesn’t beat around the bush much in its assessment of this:

Although just four weeks in length, your TEFL course may well feel like four years. When people say that you have to put your life on hold for a month, they’re not joking.

If you live alone, fresh, home-cooked food is likely to become a thing of the past. Your bed may seem like a figment of your imagination. Friends may think that you have fallen down a large hole.

This blog post by a young woman doing the CELTA with International House in London gives me the fear:

Week three of the CELTA course is a hot contender for the worst week of my life. I have two assignments due, on Monday and Thursday, and three lessons to plan……Deciding not to be beaten I stay up until 2 am planning and writing, and set my alarm for 6am to prepare my materials.

Tina will be recording my anguish in a Podcast compiled from various stages throughout the course. We’ll publish this some time in April. Wish me luck!!!!

The cost of the course in Chiang Mai compares very favourably with other world-wide destinations – especially when you take into account the cost of living here.