It is estimated that 5.2 million people worldwide are now receiving treatment for AIDS (ARVs) that could save their lives.

But more lives can be saved and the infection rate reduced if treatment start earlier according to the World Health Organisation WHO.

Compared to the total number of HIV-infected. assumed to be at least 33 million, the 5.2 million is far from enough. But it is 12 times as many as in 2003, when WHO launched a special effort against HIV. In 2008 there were 4 million infected in ARV treatment.

WHO now recommends that treatment is started even before the immune system is weakened and HIV develops into AIDS.

According to WHO, it would be possible to reduce AIDS mortality by 20 percent between 2010 and 2015 if these guidelines for early intervention is implemented.

Early treatment will also make it possible to prevent many infections, including tuberculosis (TB), which is the leading cause of deaths among people living with HIV and AIDS (PLWHA).

According to WHO deaths from TB can be reduced by as much as 90 percent if people with both HIV and TB gets treatment earlier.

‘In addition to saving lives, the earlier treatment also helps in terms of prevention. The treatment reduces the level of virus in the organism, and this means that HIV-positive people are less likely to infect their partners with the virus.

WHO guidelines will expand the number of people who should be on ARVs from 10 to 15 million.

The AIDS epidemic was discovered in 1980/81. In the first 14 to 15 years there was no effective treatment and an AIDS diagnosis was basically equal to a death sentence.

The big breakthrough in the fight against HIV and AIDS came with the introduction of combination therapies (ARVs) in the mid-1990s. Several different drugs used simultaneously were found to have a good effect.

The change was so great that AIDS in large parts of the western world was transformed from a deadly disease to a life-long infection.

But the HIV treatment is expensive and it requires both money and a relatively well-organized health system to establish and maintain lifelong treatments against HIV and AIDS.

It is still my hope that one day ARVs will be available to everyone who needs it. 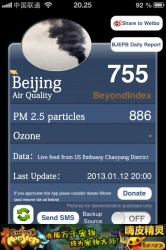 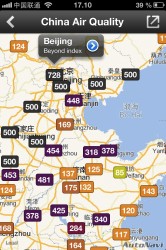