I finished my month long CELTA course last weekend and decided to go and lie by the Lotus hotel pool at Kad Suan Kaew shopping center in Chiang Mai. I had intended to sleep and wind down after a hugely stressful month.

Mr & Mrs Karaoke had other plans… 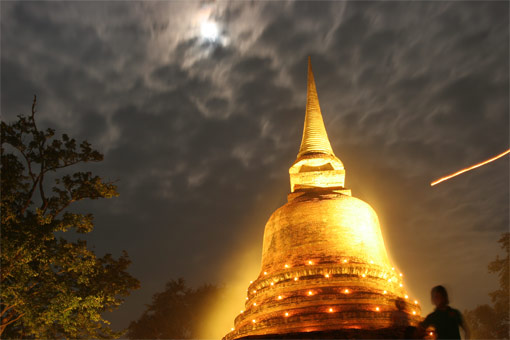 Every Sunday in Chiang Mai, from about 4pm until as late as midnight, a market known variously as the ‘Sunday Market’, or the ‘Walking Street Market’ takes place in Chiang Mai. The Sunday Market has, in recent years, become a bit of an institution in Chiang Mai – with many thousands of locals and foreigners turning up to browse, buy, and eat from the various street stalls or simply socialise with their friends. 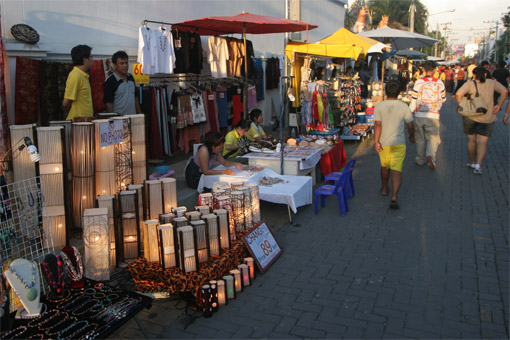 The Sunday Market is also the best place in Chiang Mai to see genuine Thai style street entertainment. Right along the length of the Ratchadamnoen Road are pavement artists – from traditional musicians, Thai dancers and living statues to puppet shows and busking bands.

This weekend Tina and I headed to the Sunday Market with our recording equipment in hand, in an attempt to bring you some of the sounds and atmosphere. We hope you enjoy it!

Ratchadamnoen road, running East-West from around Tapae Gate (the East gate of the Chiang Mai Old Town) – every Sunday from about 4pm.

Ob Khan national park is one of our favourite local getaways. It’s about 30km South of Chiang Mai, and takes between 45 minutes and an hour to reach by motorbike. It’s a great spot for a picnic, or simply to cool off on a hot and humid Chiang Mai day. You can in fact also camp there very cheaply – they will even rent you camping gas cookers to cook with. 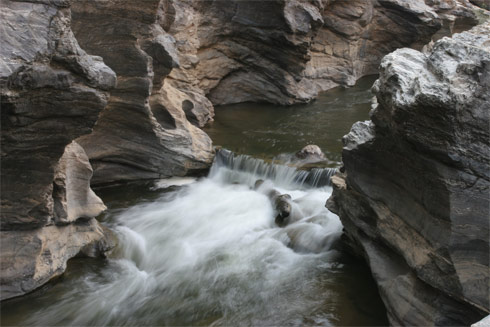 Getting there: Just head out of Chiang Mai South down Canal Road towards the Samoeng junction, and carry on. After a few more kilometers (at the time of writing down alternating sealed and unsealed dusty roads) you reach a turn off on the right with a fairly hard-to-see sign to ‘Ob Khan National Park’. Take this turn off, and make your way along a winding road through villages and country side for about another 10 kms. The last few kilometers wind their way through some beautiful National Park hills and valleys alongside the river Khan.

This was recorded from outside our house in Chiang Mai. We fall asleep with these sounds every night – from the Cicadas and barking dogs on a dry night, to thousands of mating frogs after the rains, it is never quiet outside! Is it any wonder we both sleep with earplugs?! The mating frogs come after the barking dogs.