One of the secret pleasures of my first month in Spain has involved travelling between Madrid and Barcelona on the AVE train. Does this mean I’m becoming a dreaded TRAINSPOTTER? 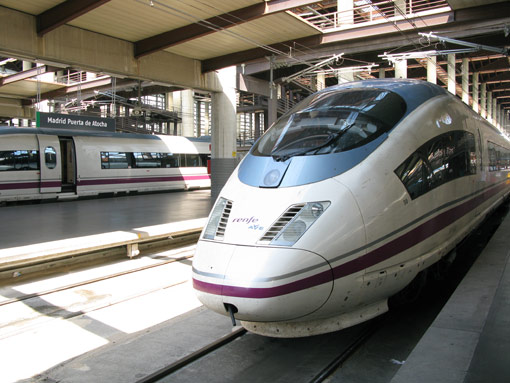 Standing for Alta Velocidad EspaÃ±ola the name is also a play on words with AVE meaning ‘bird’ in Spanish. Travelling at speeds of up to (and slightly over) 300 kmh/h, the AVE goes significantly faster than birds, and takes 2 hours and 40 minutes to travel from the centre of Madrid to the heart of Barcelona – Barcelona Sants. The other route that the AVE covers is Madrid – Seville, which also takes about 2.5 hours. RENFE – the Spanish rail company – are so confident of the AVE’s puntuality on this route that they offer a full refund should the train arrive more that 5 minutes outside the advertised time.

Ticket prices have come down considerably recently, and booking your AVE tickets online through the RENFE website gives you access to some web-only fares – which are as low as 40 Euros one way for Madrid – Barcelona.

Having experienced this rather special train, and having an increasingly deep aversion to airports and air travel, I can safely say that I’ll be travelling by the AVE in Spain whenever possible from now on…. 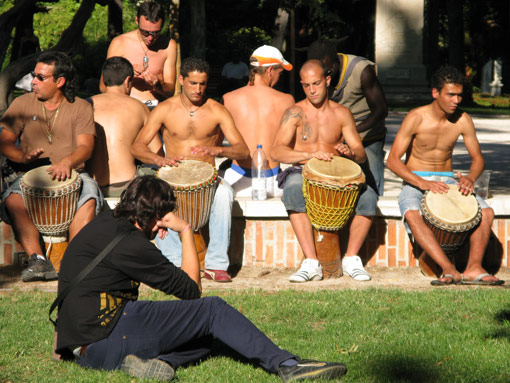 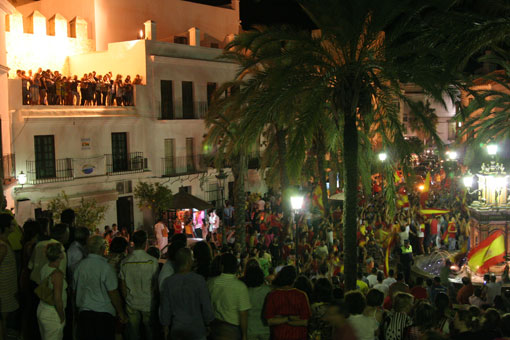 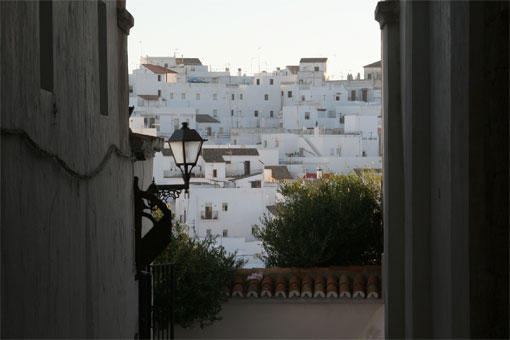 This video shows the amazing windswept beaches of Tarifa.

Tarifa in the south of Spain is possibly the most windy beach I have ever been too…I nearly blew away 🙂 But it is also incredibly beautiful. On our Flickr account you can see some of the beautiful pictures Thomas took when we visited Tarifa this summer.

The narrow streets and old castle also makes Tarifa old town a charming place for a walk. Most of the remaining old city was constructed in the 18th Century.

However, it is the 10 kilometres of white sandy beaches, unspoilt countryside and some of the best windsurfing conditions in Europe that have made Tarifa a surfers paradise. Not to mention the crazy wind that makes it impossible to suntan on the beach because you will be eating too much sand…but it does make good waves.